Long and short essay on solar energy for students and kids in English. You will find one long essay (500+) and 10 lines on Solar Energy- Meaning, Method, advantages, disadvantages, steps taken by the Indian Government, Achievements so far in trapping solar energy.

What is Solar Energy?

Sun is a free and continuous source of heat and energy for the living organisms on earth. When the sun’s heat is converted and stored in the form of electricity, it is called solar energy.

How is solar light converted to electricity

The cost to produce solar power depends on the number of panels installed. but generally, solar power is becoming more affordable every year. Solar power is the crucial future production method in the move to clean energy, and as economies of scale drive prices down, its importance will only increase.

The main advantage is that it is a renewable, clean source of electricity. Solar power is also scalable. This means that it can be deployed on an industrial scale, or it can be used to power a single household. When it’s used on a small scale, extra electricity can be stored in a battery or fed back into the electricity grid. Overall, the sun gives off far more energy than we’ll ever need. The only limitation is our ability to convert it to electricity in a cost-effective way.

Solar Energy and impact on the environment

As a renewable, CO2-free power source, the environmental impact of solar power is significantly smaller than other power generation methods. The impact is mainly related to the production and supply of the special materials and metals that are required to produce solar panels. The location and the water used to clean the solar panels also affect the environment. Scientists are working hard to find alternative ways to clean solar panels.

The sun provides more than enough energy to meet the whole world’s energy needs, and unlike fossil fuels, it won’t run out anytime soon. As a renewable energy source, the only limitation of solar power is our ability to turn it into electricity in an efficient and cost-effective way. In less than 2 hours the Earth receives from the Sun the amount of energy, we consume annually.

No greenhouse gas emissions are released into the atmosphere when you use solar panels to create electricity. And because the sun provides more energy than we’ll ever need, electricity from solar power is a very important energy source in the move to clean energy production.

No fuel to burn

After solar panels have been installed, operational costs are quite low compared to other forms of power generation. Fuel isn’t required, and this means that solar power can create large amounts of electricity without the uncertainty and expense of securing a fuel supply.

INITIATIVES & ACHIEVEMENTS of Government of INDIA 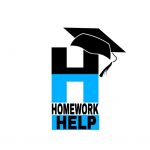